June Week 1 Review & Trade Ideas for the week ahead 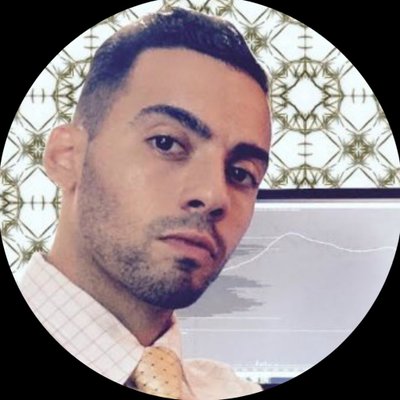 In an effort to reduce social media distractions which inevitably result in less focus on tasks that matter most, I've decided to severely limit posting to social media platforms and instead redirect energy into the trade blog.

Below is a Multi-Layered Perceptron Neural Network for $QQQ as of early last week. As you can see it has predicted upward expectations which we did see coming into Fridays close. While there were many intra-day variations and what appear to be short-term micro flash crashes, the overall trend was signifcantly upward and in-line with prediction estimates. 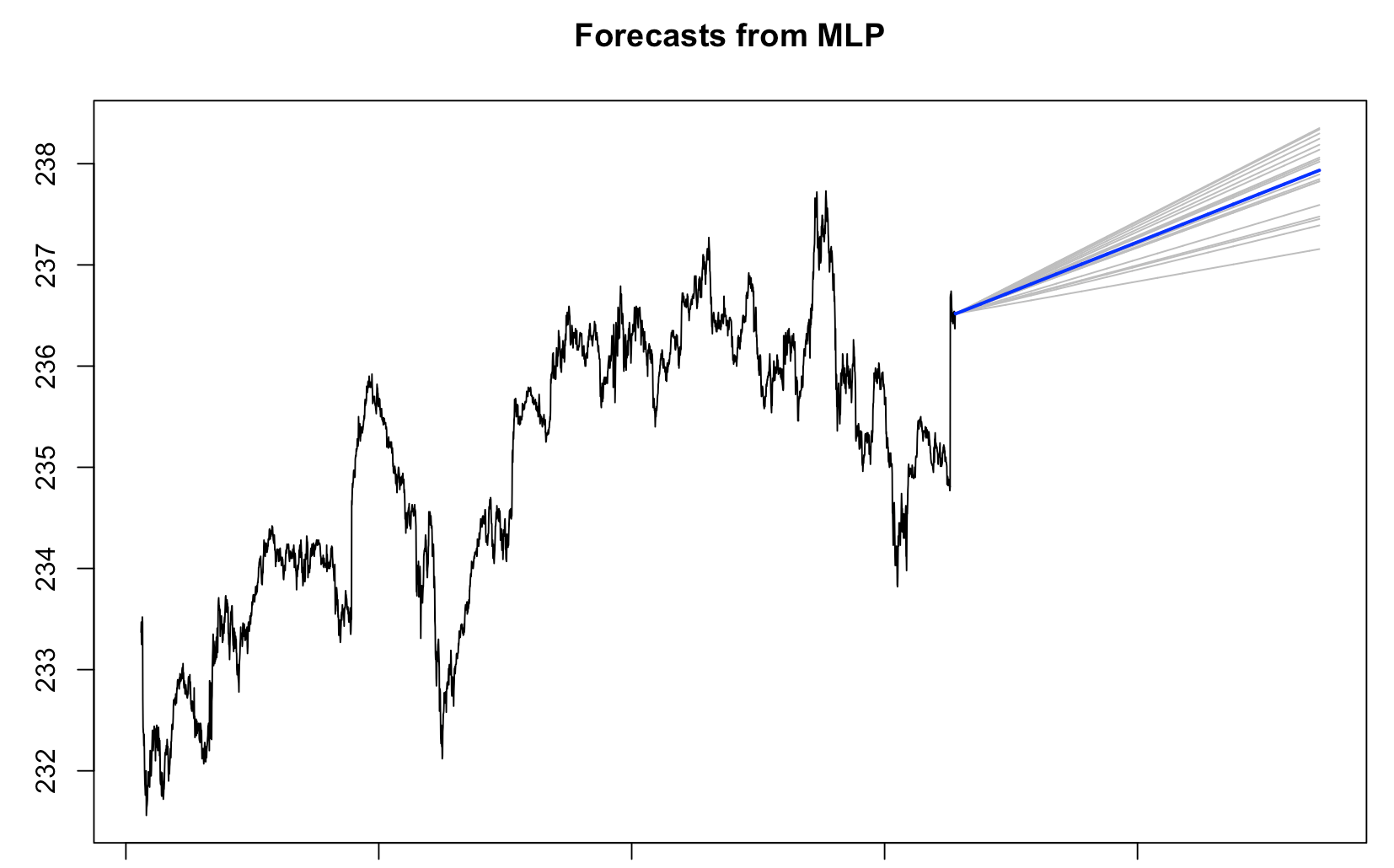 Further we have plotted the expected next day trading range for the $QQQ: 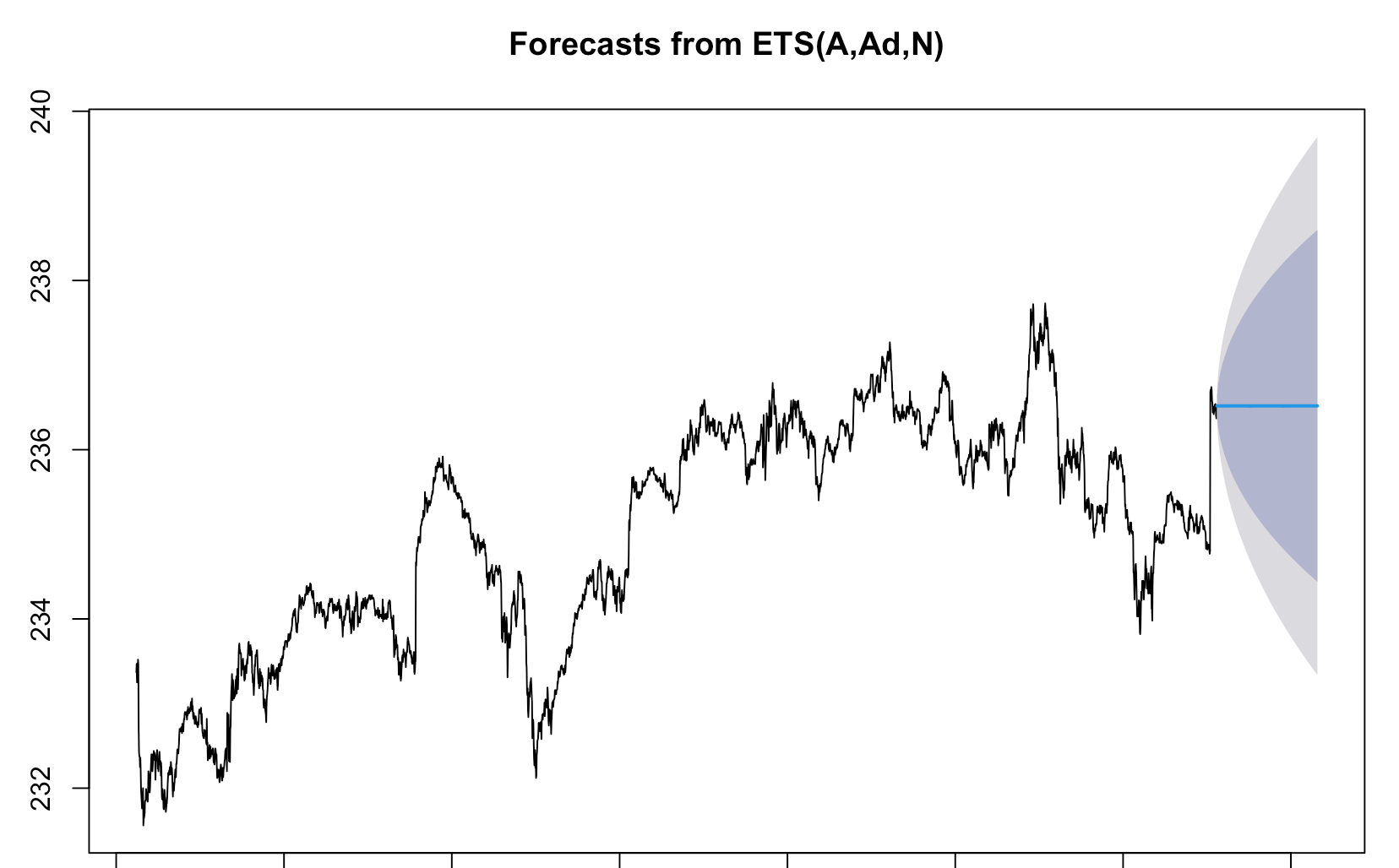 The ranges show the expected 2nd and 3rd std dev ranges. QQQ traded up to about 239 which is directly in-line with the MLP's upper range.

I have been using these tools for generating trade ideas in short-term options. While I prefer to sell option premium, I occasionally buy long option exposure when I believe far out of the money premium is severely underpriced.

Last week I ended up buying a few long calls that were pretty cheap, I had suspected the market would potentially accelerate vertically and possible breakout to new highs:

With the QQQ closing at 239.60 the premium for these long calls has risen slightly and a profit can still be had even though it is still OTM. With Theta eating away at the profit in the last week of trading, these trades will go negative very quickly on subsequent downticks. I will be monitoring throughout the week to see if I can expect bullish follow through, or if I should close out early and take what profit is available.

While the last few weeks have been going well, I did encounter a few larger losses that set me back substantially in this account. I believe I had doubled down on a few trades that I was certain would turn a profit, however, the price action ended up reacting very unnatural and price spiked against my positions both times.

As of right now I have not run any new prediction models just yet. The current move higher is still in progress for all Indices as NQ Weekly bar has closed above prior highs signaling new long programs. However, most fresh highs inside of a sideways channel tend to fail to breakout so we will be just watching over the next few days to see the chaos unfold before looking at any other indicators for reference. Regardless of what happens, I don't think the market will trade sideways where it is now at such a buy extreme. Expect aggressive swings to continue this week.